This standard replaces CE EN 388: 2003 in order to provide users with a more complete information about mechanical hazards and therefore a better protection.

The main improvements relate to abrasion resistance and cut resistance .

In addition, the abrasion resistance test has been standardized to all accredited laboratories to ensure consistency and transparency of results to users.

It is important to note that this new standard does not change the level of abrasion resistance of the gloves. Thanks to EN 388: 2016 only the best abrasion-resistant gloves can reach the highest level (the number 4).

This one was only defined thanks to the so-called Couptest method with EN 388: 2003. In order to provide users with better information on cut resistance protection levels, the TDM test according to EN ISO 13997 has been introduced in the new EN 388: 2016 standard.

However, the TDM test does not apply to all gloves. It applies only if the blade deteriorates during the Coupstest test. This means that the tested glove is designed to protect against the risk of cuts. 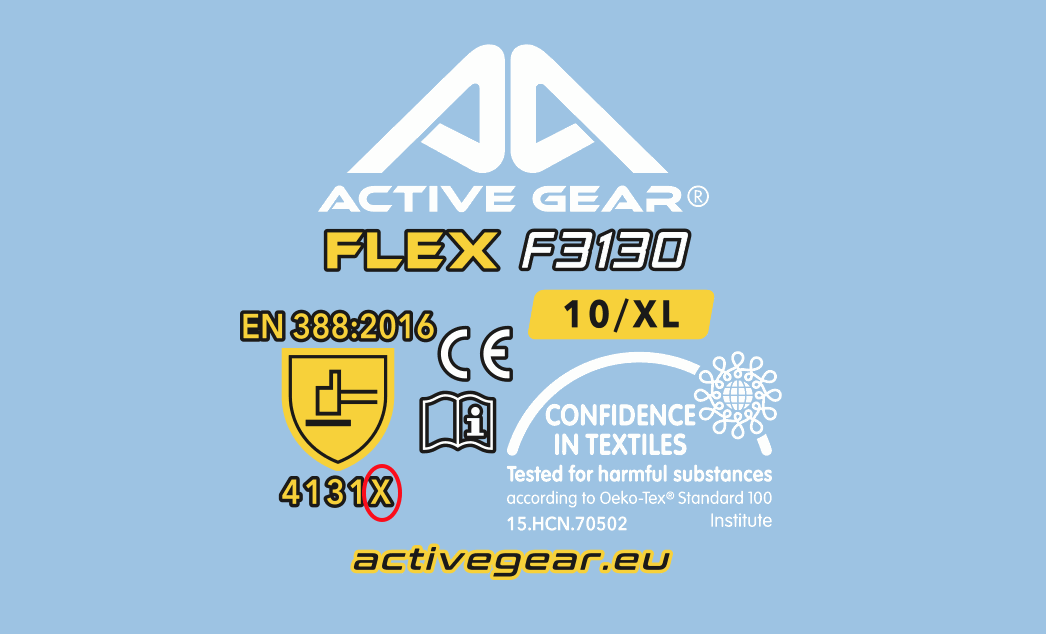 If there is no deterioration of the blade and the glove is not designed to protect against the risk of cuts then the Coupstest test remains the reference for evaluating the level of cut resistance and the TDM test is optional . Active Gear does not perform the TDM test when the blade is not damaged because it is a glove that is not intended to protect the user from the risk of cuts. As a consequence, we will add an "X" to the 5th position of the pictogram of EN 388: 2016, when we do not perform the TDM test. 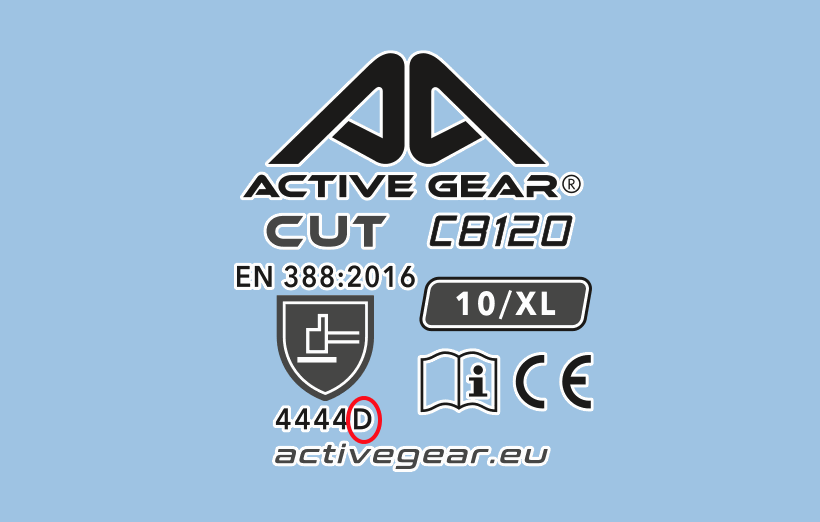 If there is damage to the blade and therefore the glove has a purpose to protect against cuts, then the glove must be tested according to the TDM test. This test becomes the reference, whereas the test of Coupstest becomes indicative.


In order to know the true anti cut performance of a cut resistant glove, it is necessary to compare and analyze only the results of the TDM test, since the Coupstest test has no longer any value for measuring the cut resistance of the glove.

All Active Gear gloves have achieved the new EN 388: 2016 standard.